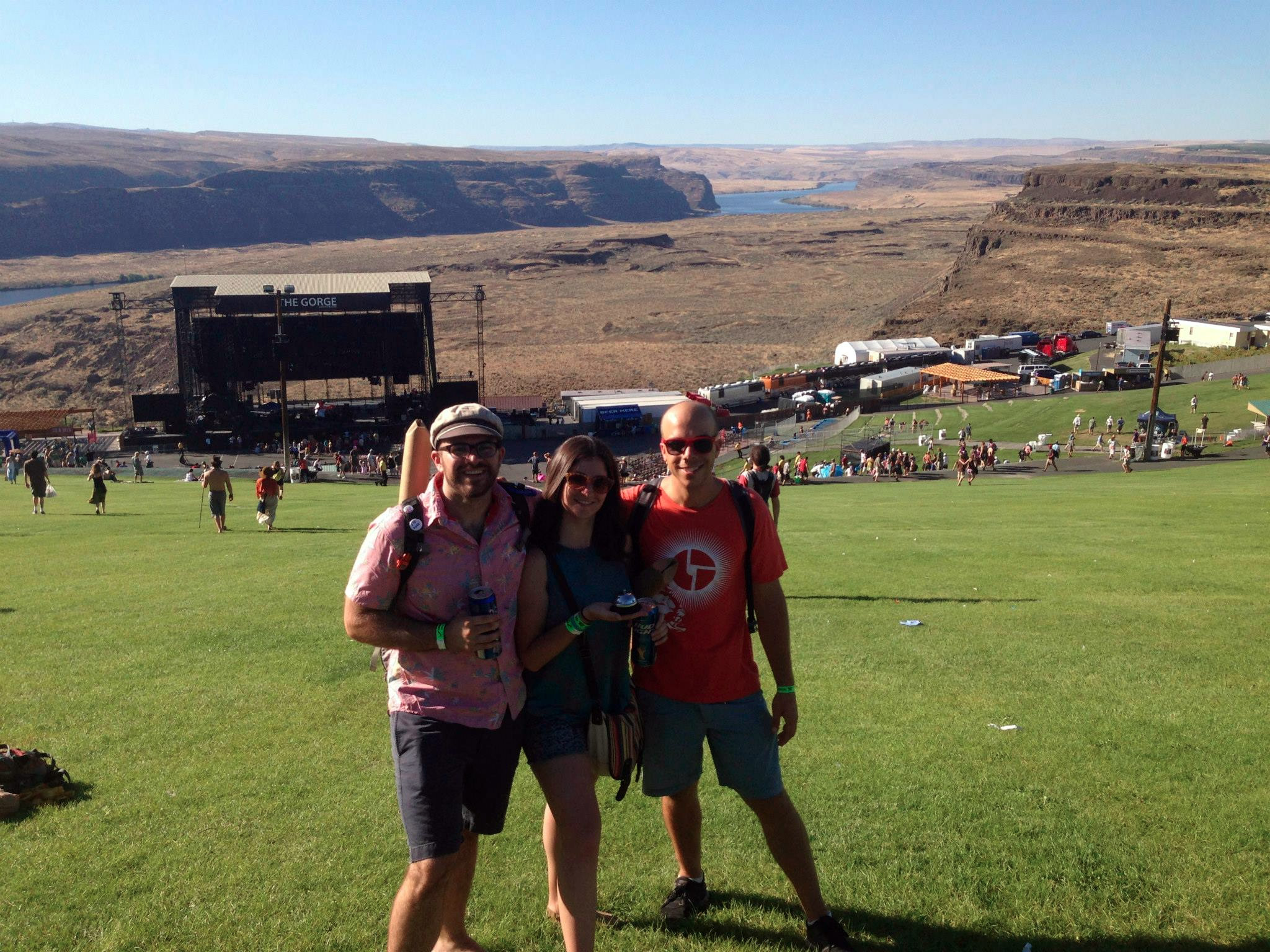 2013 has been an amazing year packed full of exciting new experiences and personal growth.

In all my years of blogging (predating this particular site by about a decade), I don’t recall ever sitting down to reflect on the year and put together a list of “highlights”. I have a few moments to do that now before my friends and I head to New York to ring in 2014 – we’re seeing Phish play Madison Square Garden! 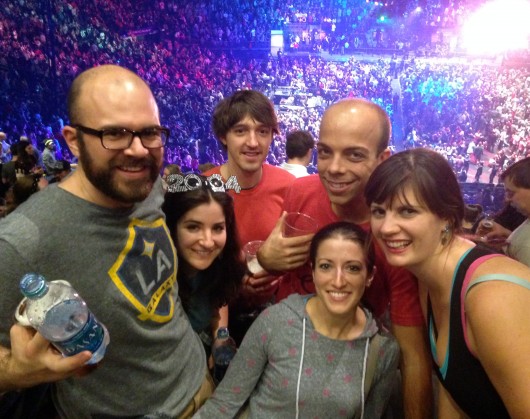 First of all, I blogged more often. I’m not writing as much as I would in a perfect world, but I did take the time to summarize some of my favorite experiences of the year in blog format, and I’m pleased with that.

I rang in the new year (2012-2013) in Australia, which was fantastic. Starting 2013 off on the other side of the world was awesome, and set the tone for the year that was to come – a year of firsts.

I moved in with my amazing girlfriend and her daughter in April. This was a big “first” for me, as I’ve never lived with a significant other before.

Earlier this month. my girlfriend and I went on an amazing trip to Hawaii (Oahu and Kauai). I had never been there before. As a surprise for my 30th birthday (which was earlier in December) my girlfriend took me skydiving. Neither of us has ever done this before, and it was incredibly fun. I can’t imagine a more beautiful location for it, but I’ll definitely be jumping out of a plane again in the future, as it was just too much fun.

I also ran my first full marathon in Honolulu. Both of these experiences were incredible, and I’d do both again in a heartbeat. I hope to publish a post about my experience with the marathon soon. 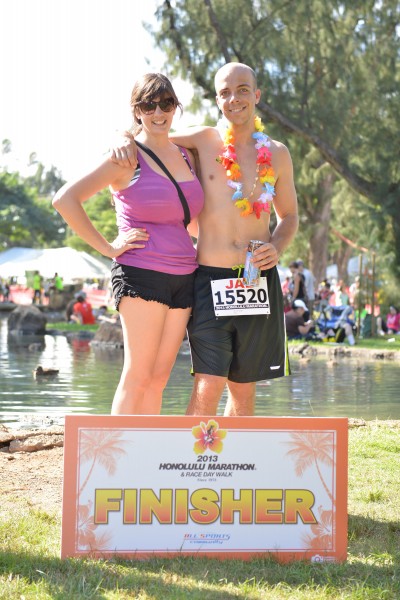 In conjunction with the marathon training, I was pretty happy with my diet in 2013. Salads became a staple in my life, and I ate healthy food pretty consistently throughout the year.

I started my career at Edmunds.com in late 2012, but I’ll include it in this list anyway. Edmunds is an amazing company and affords me the opportunities to experience all of these exciting things while continuing to grow professionally. I’ve genuinely enjoyed my time there this year, and I’m excited to see how things progress in 2014.

I went on a week long biking trip with my Dad. We rode 330 miles from DC to Pittsburgh. It was an amazing trip and a great bonding experience to boot. I felt so refreshed after this trip and was in an excellent mood for weeks afterwards. 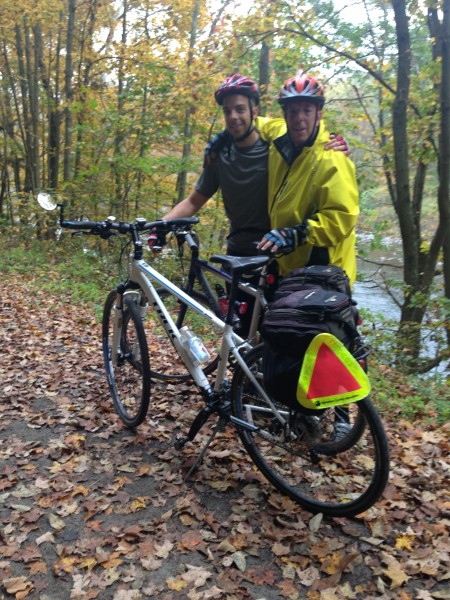 I finally started rock climbing again, thanks to my girlfriend who got me a one month pass to the local rock gym as a gift. All that it took was that initial push, and since then I’ve been climbing 1-2 times per week when possible. I’m very happy about this, though I also give myself a hard time for not climbing more often.

I saw a lot of great live music in 2013. I also started to compile a list of all of the shows I’ve seen. I haven’t updated that list in a few months, but I plan on doing that soon. The best concert I saw in 2013 was Nine Inch Nails at The Staples Center. I have some video of the show here, but photos/video footage simply cannot do it justice. From start to finish, the entire production was relentless sensory overload in the best possible way.

I also made it to two of my “bucket list” music venues: I went to see Phish at The Gorge Amphitheater in Washington, and I saw The Disco Biscuits play at Red Rocks.

My girlfriend and I also went to two amazing music festivals – Camp Bisco (my 7th year in a row!) and the Joshua Tree Music Festival. I saw a lot of other live music in 2013 as well; check out the full list of shows here.

I finally got around to checking out the Pacific Northwest. After seeing Phish at The Gorge, I had some time to explore Portland. I definitely liked what I saw, and I’m due for a longer trip back sometime in the next year or so.

I went on several hiking and backpacking trips, and while I didn’t take the time to write about each one, I am happy that I continue to take the time to immerse myself in nature, as I’ve found that it’s vital to my sanity.

After 4 years of living in Los Angeles, I finally had the stereotypical “crazy” Las Vegas experience during a weekend bachelor party for one of my best friends. Later in the year, I attended a beautiful wedding in Pennsylvania to witness this friend get married to his amazing wife.

In retrospect, I did a lot of traveling in 2013 as well: In addition to Hawaii, the Pacific Northwest, and the DC-Pittsburgh bike trip mentioned above, I also went to San Francisco, 2 trips to Colorado, New Orleans, New York, Philadelphia, Joshua Tree, Catalina Island, Big Bear… There are probably other trips that I’m forgetting about.

I raised close to $200 for Movember this year, though I mainly have my generous friends and family to thank for that.

There truly was not a dull moment in 2013 for me. I’m thankful for all of these experiences that have helped me to grow as a person, and I’m excited to see what the next year has in store for me.