Car Camping at Coachella? Here’s What To Expect 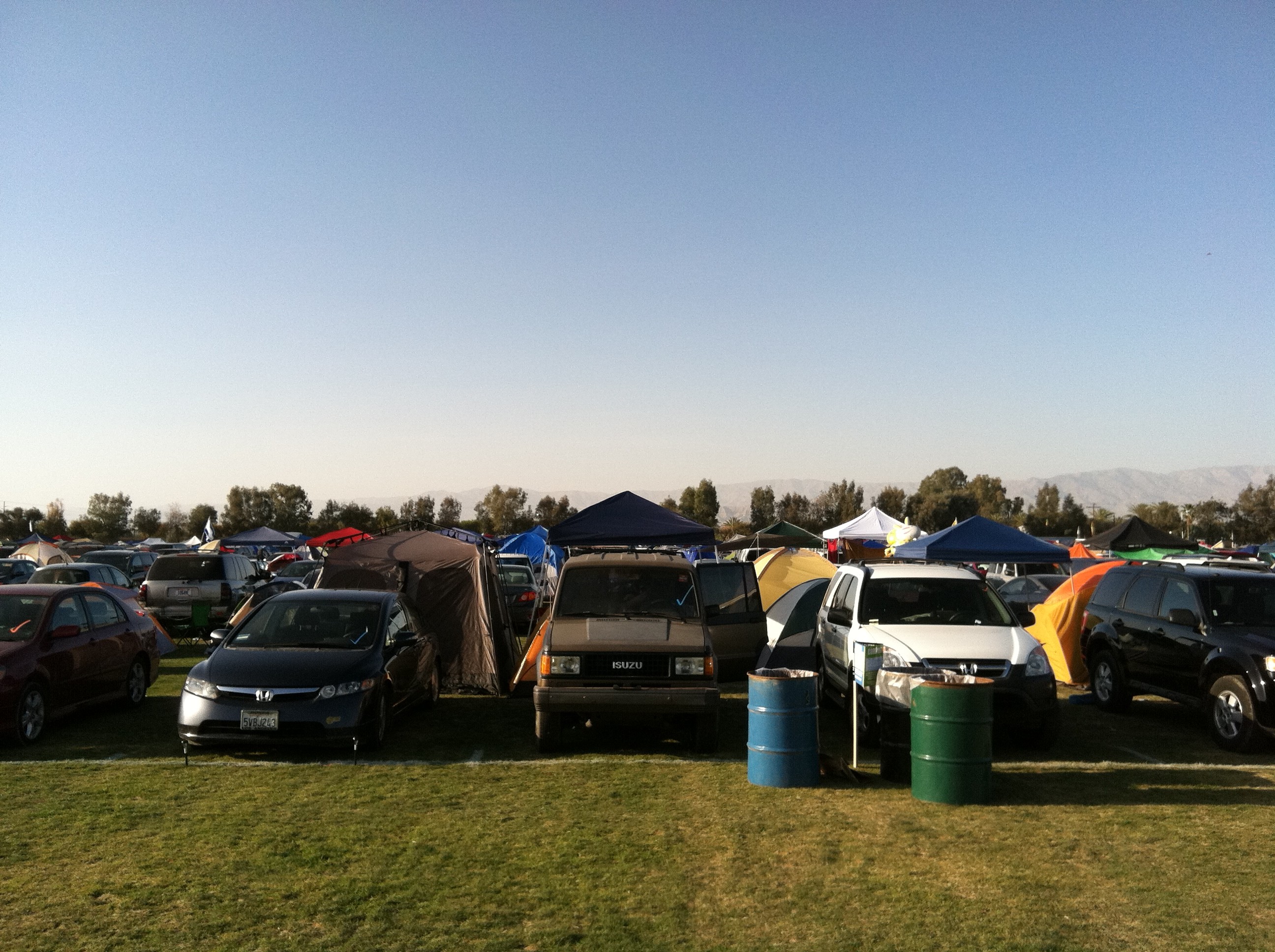 Every year there seems to be a lot of confusion over the car camping situation at Coachella. Not everything is explained as clearly as it could be.

Your spot will be 10 ft x 30 ft. You can’t occupy a car camping spot without a car parked there. There’s no limit to how many people are allowed in one campsite, but I’d say that 3 tents is the most that you’d be able to fit, and that’s pushing it.

I’m not going to go over all of the specifics, but here are some photos I took at Coachella in 2011 that should give you an idea of what the car camping setup is like.

Here’s a view of the front of a line of cars in the designated car camping area. You park your car and set up your stuff behind it. Then, behind your stuff, someone sets up their stuff, and then their car is parked behind that. This constitutes a row. There’s a whole bunch of these. 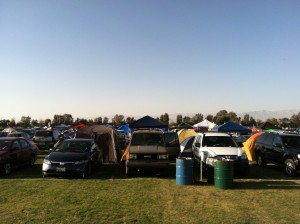 Here’s a side view of a line of cars parked in Coachella car camping. As you can see, there’s a half decent amount of space between each vehicle. 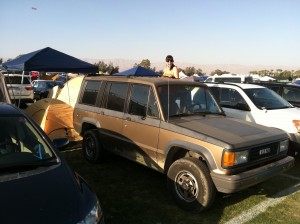 And here’s a side view from behind our campsite. It looks pretty roomy here, but I believe that’s because this image was taken after some of our neighbors left early. 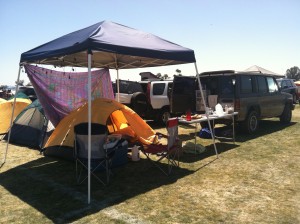 Here’s a shot from the back of our campsite. 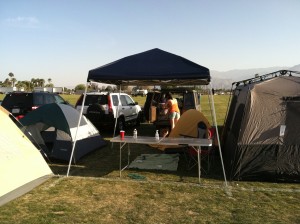 As you can see, we had room for an EZ-Up and a tent. Plenty of room for day drinking activities.

Here’s an unrelated image of me losing in beer pong. 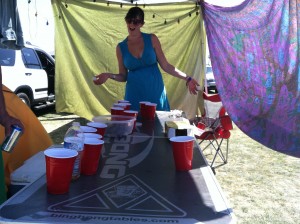 If you’re heading to Coachella with a group of people and you’re planning on camping, the more cars you have camped together the better, as you can maximize your space.

That’s all I’ve got. I hope this was helpful!