Clue (The Board Game) Birthday Cake! 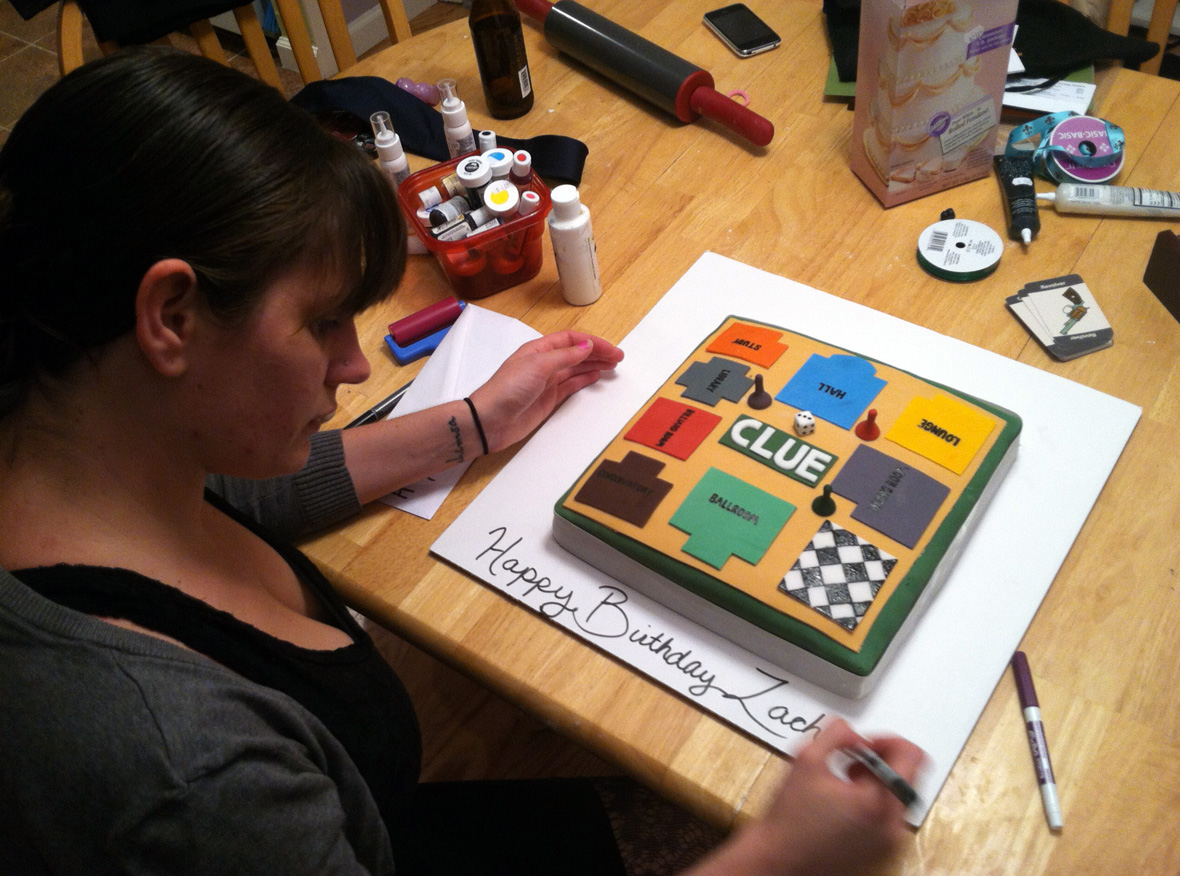 This past weekend I helped Lauren out with another birthday cake. This was the 2nd cake that I’ve helped out with (the first one was a mandolin birthday cake that turned out awesome) but I believe that she’s done at least 10 of these now. Her sister’s boyfriend is a big fan of the board game “Clue”, and thus an idea was born.

She started off by baking 2 chocolate cakes in a 12×12 cake pan. In the meantime, I mixed fondant with food coloring in an attempt to match the colors of the different rooms found on the Clue playing board. We then flattened the fondant out using a rolling pin and cut out the shapes of each room. 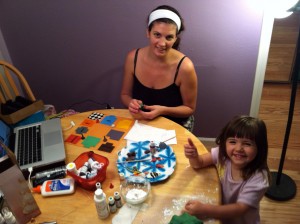 Here’s a close-up of some of the various sections of the board, laid out on a piece of paper the same size as the actual cake, so that I’d make them the right sizes and could arrange them the same way that they’d ultimately be arranged on the cake. I used a paintbrush and some food coloring to paint the names of each section onto the pieces – I’d be lying if I said that this wasn’t slightly nerve wracking. 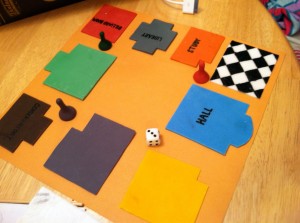 I took a big hunk of fondant and colored it green for the base color of the board. I then rolled the fondant out so that it was wide enough to cover the entire cake. We stacked the 2 chocolate cakes on top of one another (with a layer of raspberry filling in between them) and then layered the fondant over the cakes. 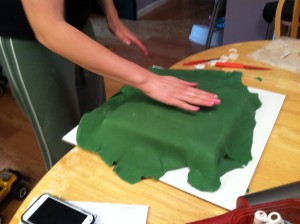 Once the green fondant was firmly layered over the cake, Lauren tightened up the edges and then cut off the excess. Pay no attention to the glue in the following photo – I have no idea why that was there. Everything on the actual cake was edible. 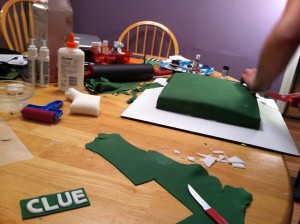 We colored/rolled out a second layer of yellow-ish fondant to cover the green base layer. We used icing to secure this 2nd layer to the first layer. We then began to secure the sections of the board to the cake, also using icing as a sort of “glue”. 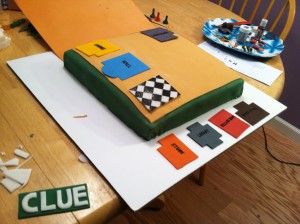 Had we not used that piece of cardboard to determine the size and spacing of each piece, I have a feeling this wouldn’t have worked out nearly as well. 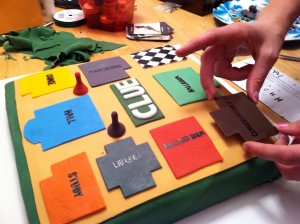 Here’s an almost finished version of the cake! We ended up adding a few more minor details after this photo was taken. 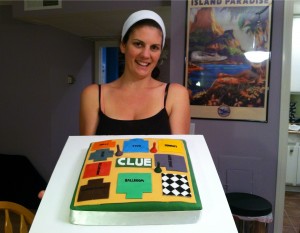 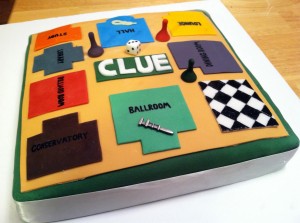 And here’s the final version of the cake on the board. 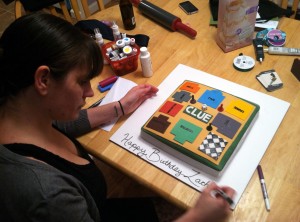 Putting these together is a lot of fun. Next time we do one of these, I’m going to make an effort to photograph each step of the process. During these first 2 cakes, I wasn’t consistent in my documentation, and therefore it may be slightly difficult to follow along.

I’ve told Lauren multiple times that she should start a cake blog. It’s such a tragic art form – you put 8+ hours of work into something, and then it gets eaten! It only makes sense to immortalize each one on the web. In the meantime, I’ll continue to contribute to her cakemaking efforts when possible, leveraging each opportunity for blog content from which I’ll gain an insignificant amount of longtail search traffic from Mommy Bloggers.