Getting Creative With Desert Themed Cakes 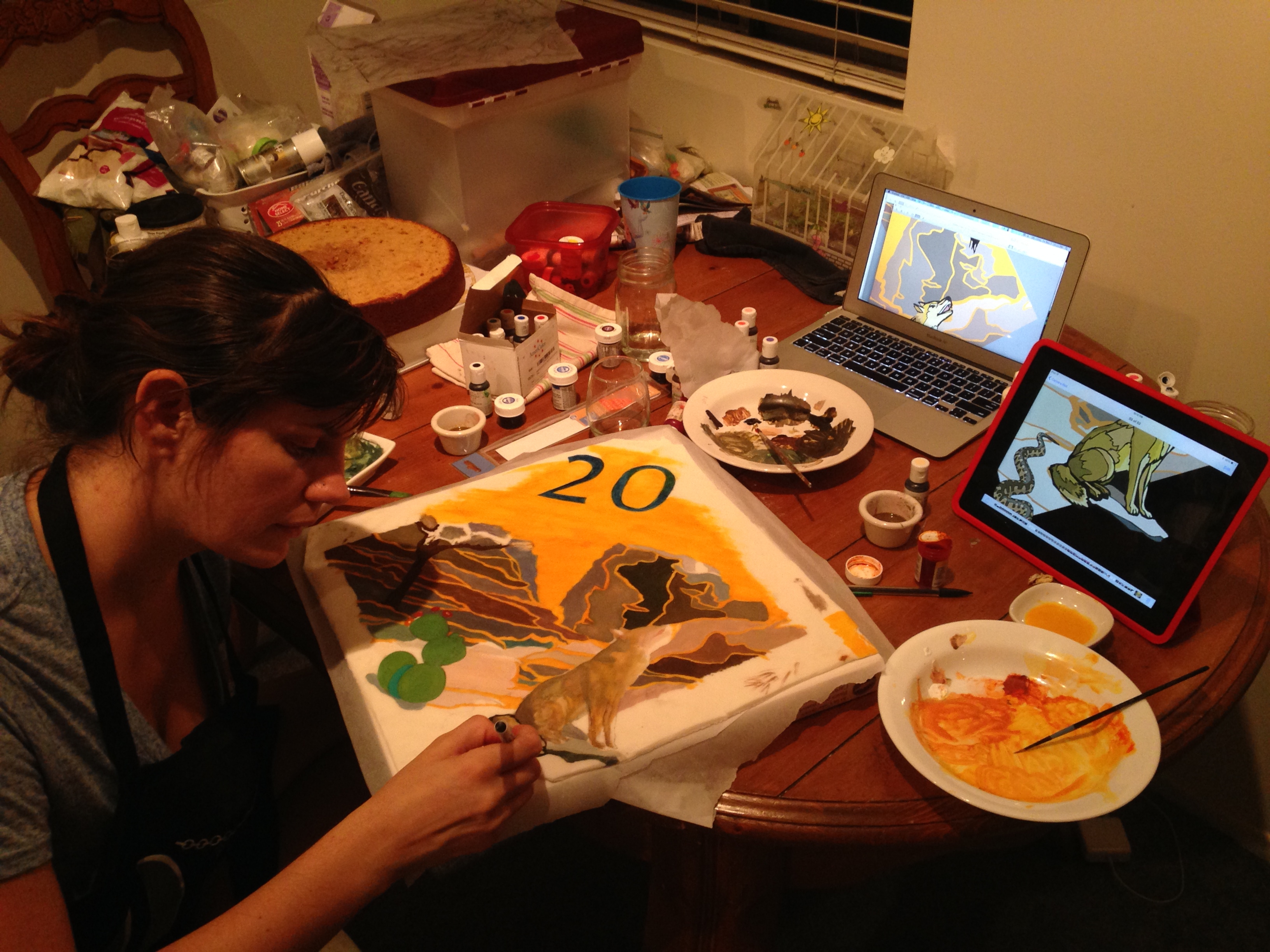 This past weekend, I helped my girlfriend Lauren make two cakes for an event that her friend was organizing.

The event was to celebrate the 20 year anniversary of the signing of the California Desert Protection Act. Our friend Lesley organized the event which was to include a cake cutting ceremony.

We started off by baking the main cake – dark chocolate with a chocolate buttercream frosting. I won’t share pictures of this process, because frankly that’d be boring.

The main attraction on this cake would be the design on the fondant, which would sport the logo of the event: 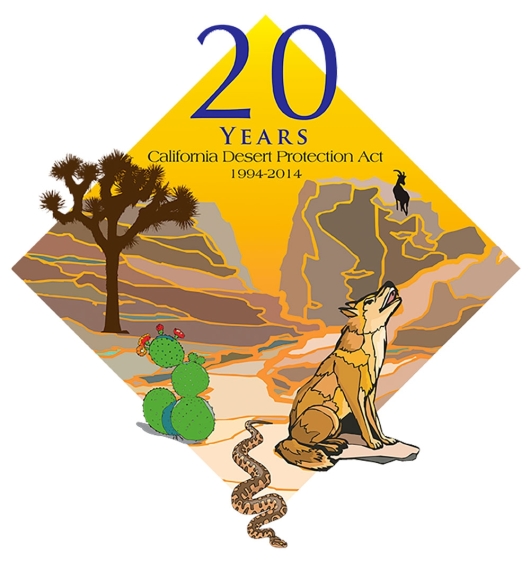 We started off by replicating the logo using paintbrushes and food coloring. 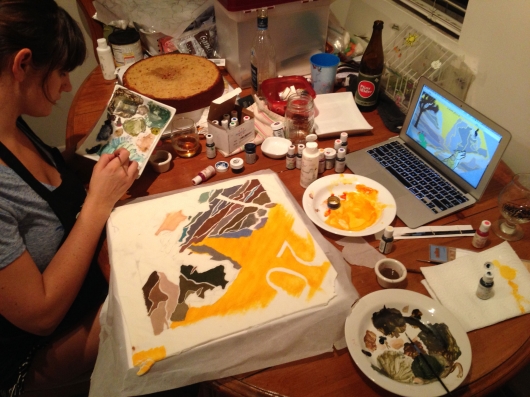 It’s similar to painting with watercolors, but you have to use vodka instead of water, because water would melt right through the fondant.

This process took quite a while, but it was pretty cool to watch the design come together. 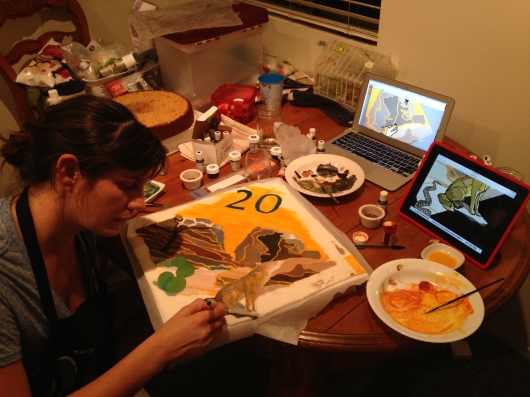 Once the design on the fondant was completed, we (very carefully) lifted the freshly-painted fondant and placed it onto the chocolate cake. The buttercream frosting works more or less like glue.

Here’s what the cake looked like with the fondant on top: 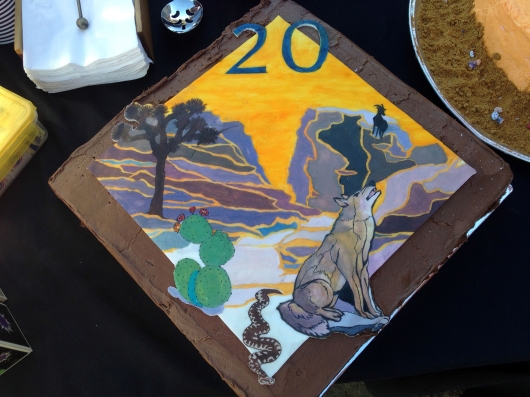 Here’s a closer look at the detail on the bottom of the cake (cactus, rattlesnake, and coyote): 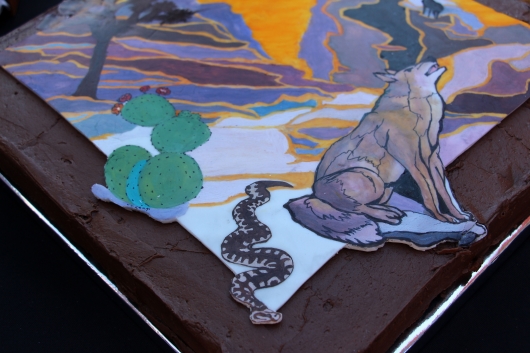 Due to the number of people attending the event, we created a second cake as well. This one was a 3-tiered “desert spice” cake with cream cheese frosting. 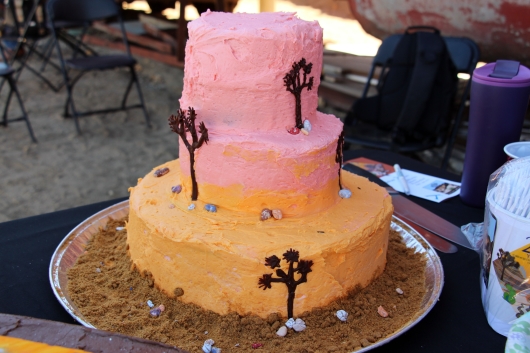 The orange/pink colors were meant to look like the crazy sunsets that happen regularly in the Mojave Desert. We crushed graham crackers with brown sugar for the “sand”, and also threw some chocolate rock candy in there for good measure. 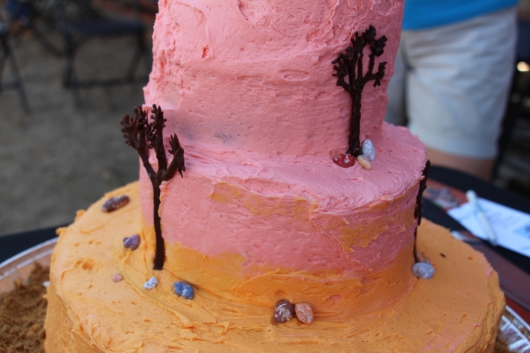 Here’s Lauren with her daughter and both of her awesome cakes. 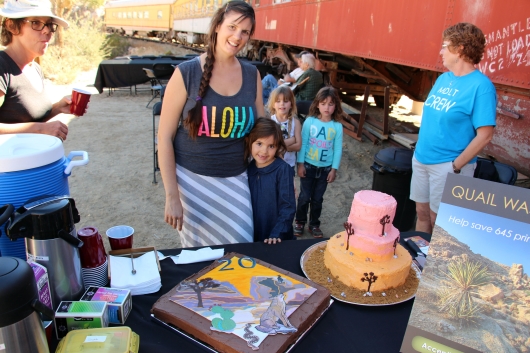 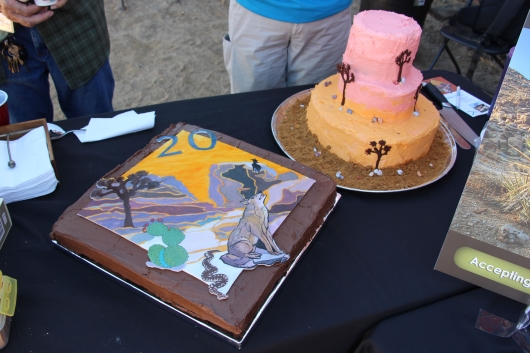 Among those to speak at the event was Joshua Tree National Park Superintendent David Smith. He did the honors: 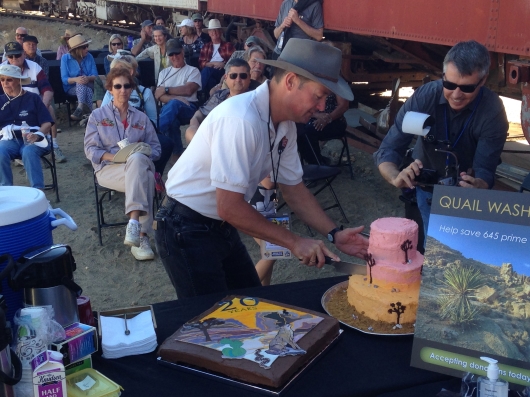 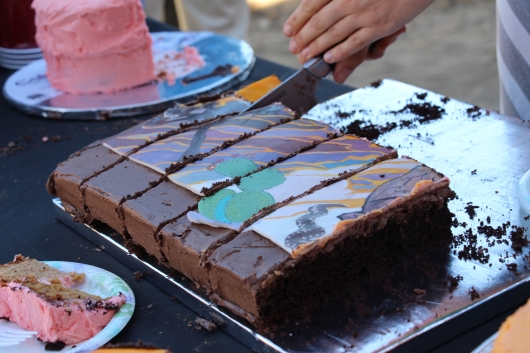 Finally, here’s Lauren enjoying the fruits of her labor. The cakes were both delicious! 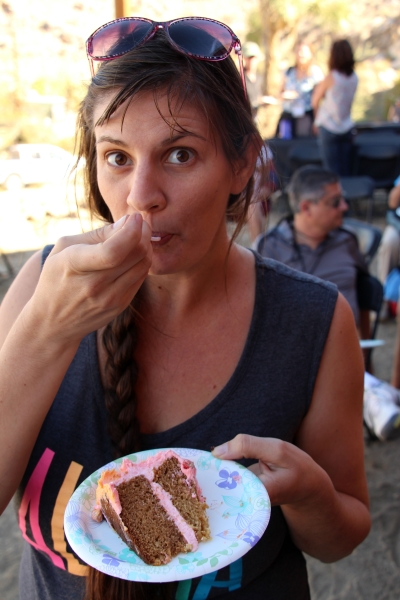 Note that I use “we” loosely here. Lauren was the brains behind this operation and did the majority of the work.

The event itself was held at the Joshua Tree Southern Railroad Museum, which was a pretty cool spot. They had trains of all sizes there – full-sized trains serving as kitchens and dining quarters, and smaller trains that people could ride on that followed tracks all over the grounds. There were some hardcore train enthusiasts visiting there as well which was quite a scene. People in train festival t-shirts, a dude with a boom mic recording train sounds, and several people camping out drinking beers and watching the trains roll by.

Anyway, another awesome cake completed. Lauren has done a lot of these (and I’ve helped with a few) but we don’t always take photos of the process. I’m gonna continue to do a better job documenting these moving forward.