I don’t know a whole lot about Mount Everest. I knew that it was intense, and that most people that attempt to climb it tend to be on the slightly crazier end of the outdoor enthusiast spectrum. 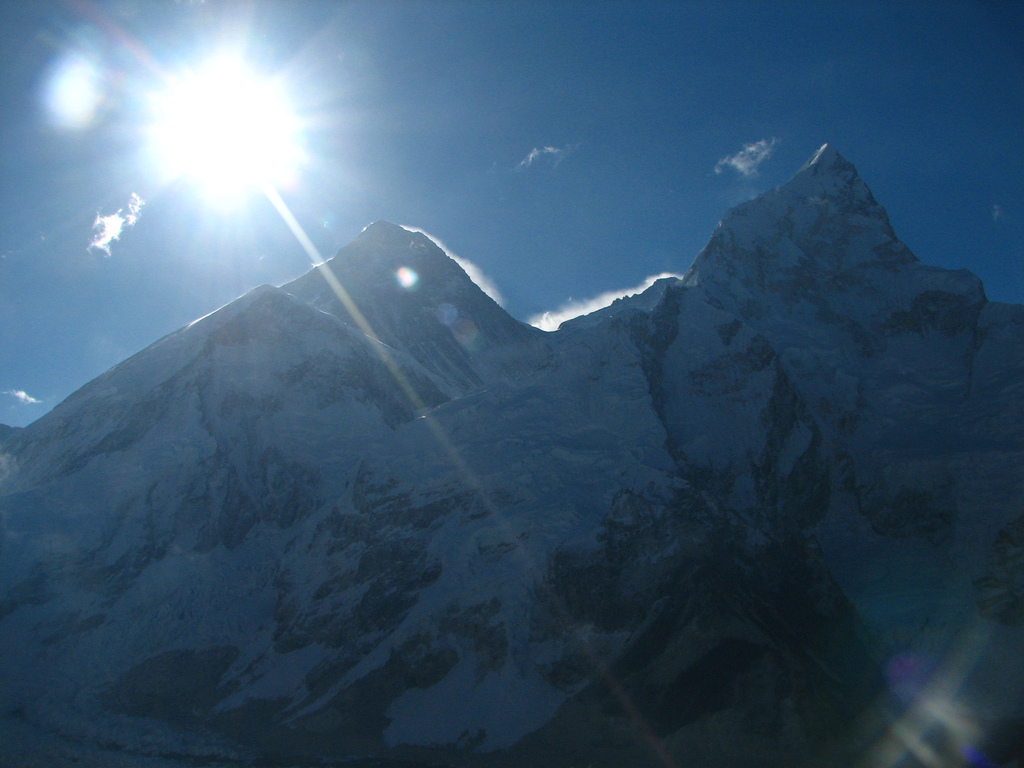 A buddy of mine sent me this blog post about Everest this morning. Here are a few of the things that stood out to me:

There is a landmark on the ascent known among climbers as “Green Boots Cave”. It’s a small limestone overhand at 8500 m. It earned it’s nickname because a climber died there and can still be seen in the fetal position with his fluorescent green boots sticking out of the snow, as if he had died yesterday.

For every ten climbers who have ever reached the summit of Everest, one of them dies. Out of the 216 people that have been claimed by Everest, 150 of their bodies have never been recovered.

Mount Everest actually penetrates the troposphere, where Jet Streams regularly flow up to 200 mph. Everest is 1 of only 14 mountains worldwide (known as “eight-thousanders“) that reaches up into what is known as “the Death Zone” (beyond 8000 meters). In the Death Zone, climbers regularly experience odd physical and mental states, including unsettling hallucinations.

Even rescue operations are essentially suicidal in the Death Zone. One attempt by a Sherpa and a Nepalese policeman resulted in the falling death of both individuals.

“Rainbow Valley” is an area along the northeastern route of Everest’s summit. It earned it’s nickname due to the multicolored jackets of corpses that can be seen all along the hillside. Due to Everest’s sub zero conditions, these corpses remain intact for decades.

David Brashears, who has summited Everest five times, has said that “there had been nothing in my training to prepare me to pass through the open graveyard waiting above.”

Needless to say, Everest is much more intense than I had originally thought. I had always thought that when I’m older and have money to throw around, it might be something I’d like to try. After reading this article, I can honestly say that I’ve changed my mind. Crazy stuff.