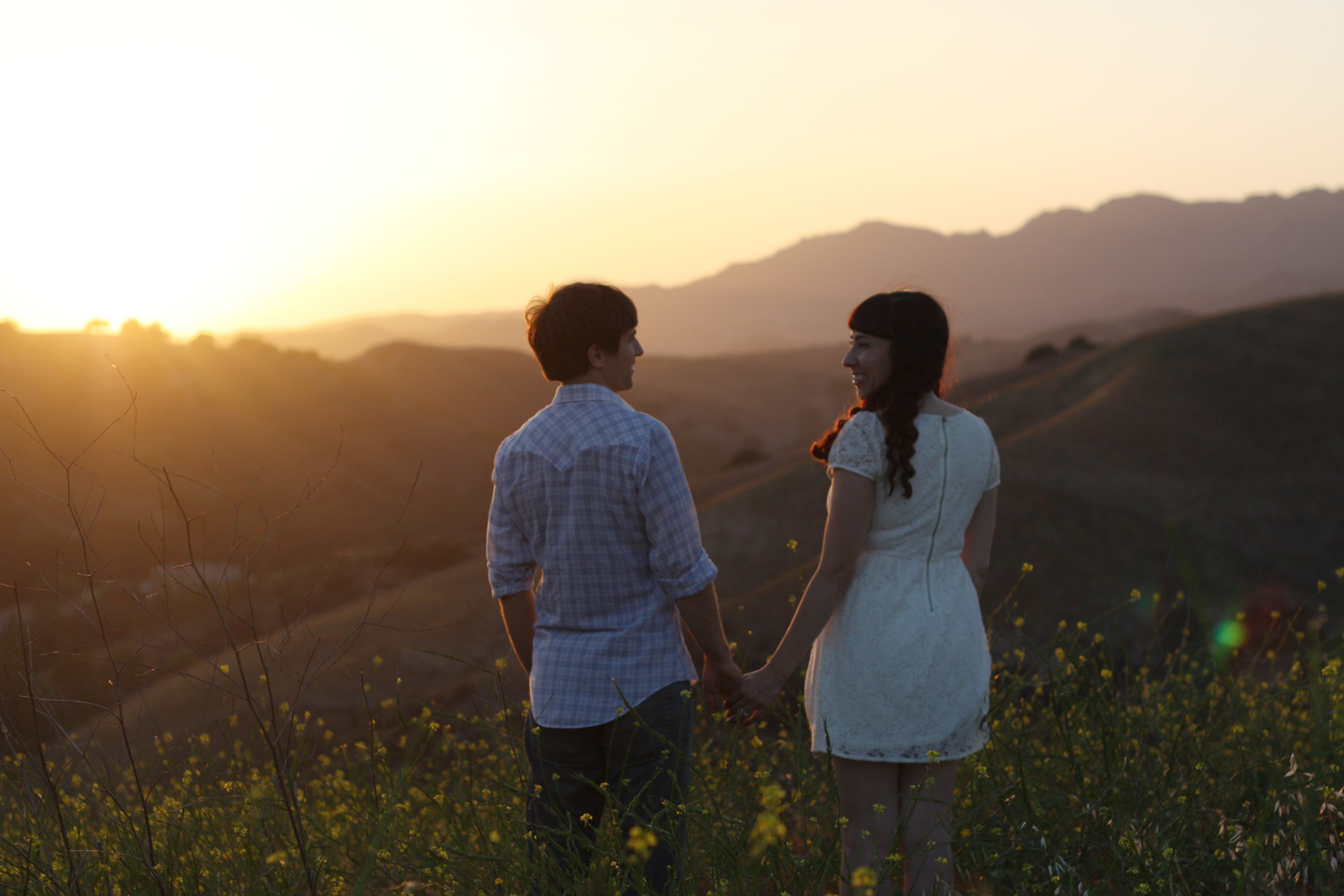 My friends Andy and Kira got engaged recently, and they asked me to shoot their engagement photos. 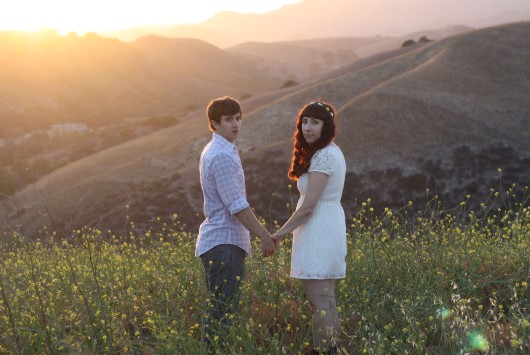 I’ve been getting more comfortable with my camera as of late, and this seemed like a fun project. I convinced Lauren to come along as my assistant.

Andy and Kira did some location scouting and agreed upon Cheeseboro Canyon in Agoura Hills. We’d be shooting in a beautiful meadow full of yellow flowers.

What happens in a meadow at dusk? Beautiful lighting! We made sure to give ourselves enough time to hike up to the area where we’d be shooting and get setup before “the golden hour” began. 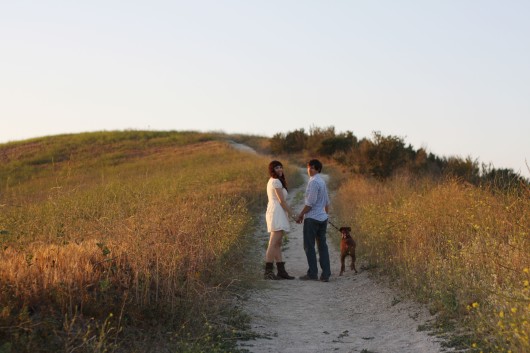 I started off by having them walk up and down the path with their dog, Maggie. 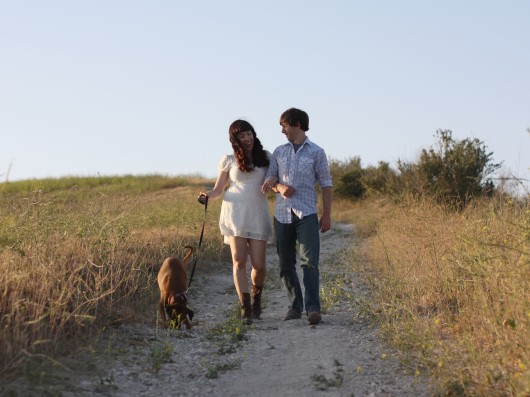 These shots were okay, but I wasn’t crazy about the way the light was hitting them. 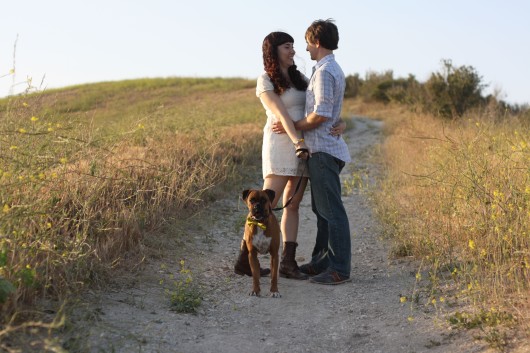 Oh yeah, and the pup was getting impatient. 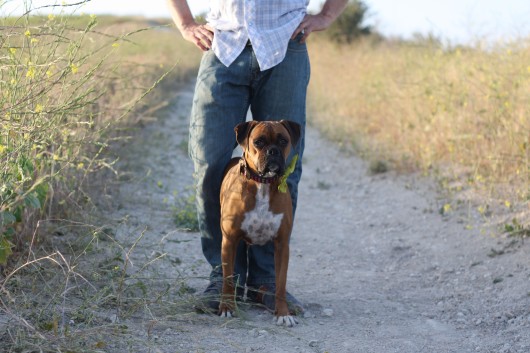 For most of the poses, we tried a few with the dog first, and then removed her from the shot regardless of whether we got a good photo with her. I was doing my best to be mindful of the short window of time that we had before we ran out of daylight.

I decided to do some shots of them standing with the sun to their backs. I was much happier with this lighting. 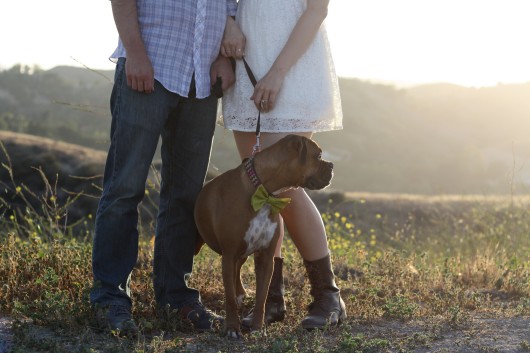 However, Maggie wasn’t feeling it. She was much more interested in digging holes and eating grass. 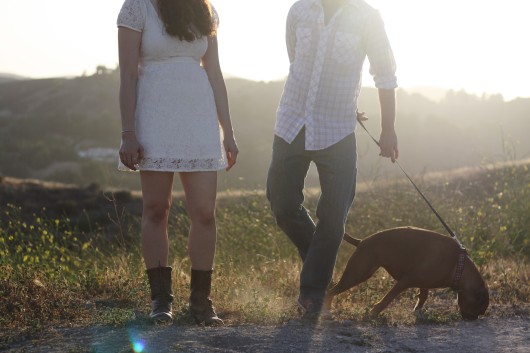 So we took her out of the shot. 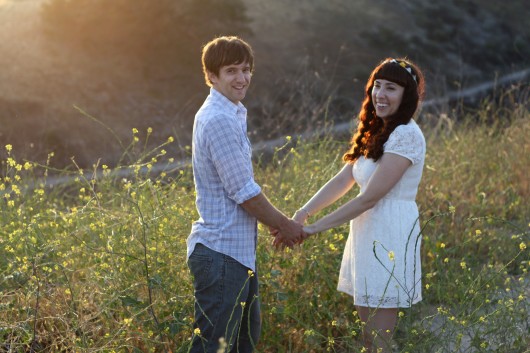 Yes! This is the lighting I was looking for. I kept shooting away. 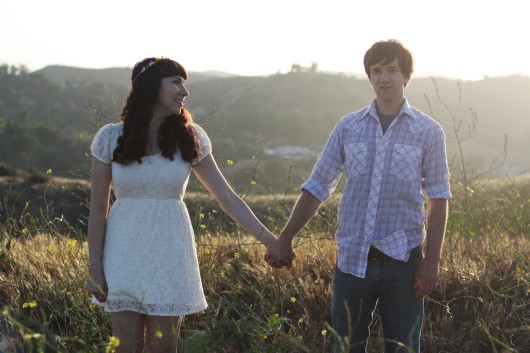 Having Lauren tell them where to stand and how to pose was incredibly helpful. It allowed me to focus 100% on my composition. 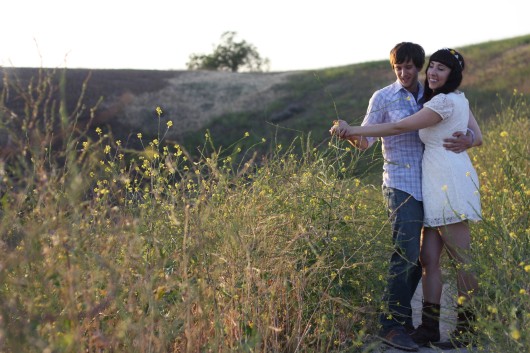 Andy and Kira seemed very comfortable during the shoot, so some of these poses just happened naturally. They were great subjects. 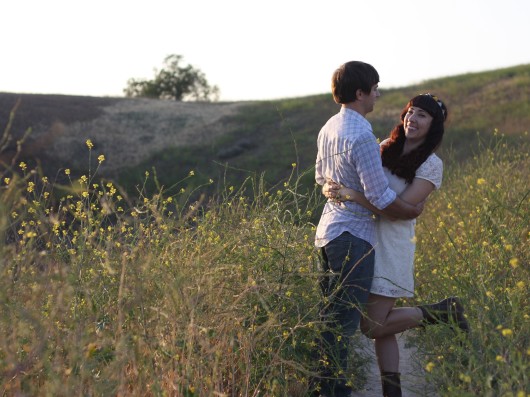 I had them move back a bit so that they were standing amongst the grass and flowers. The sun setting behind the mountains created some stunning lighting. 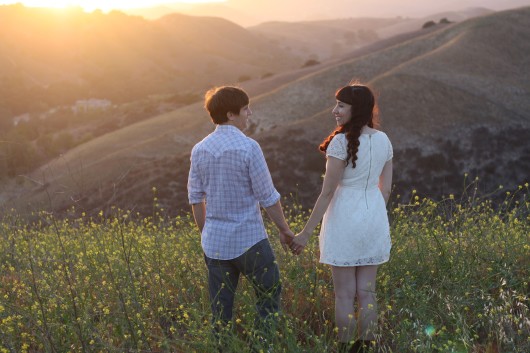 Next I had them lay down on a blanket with Maggie. 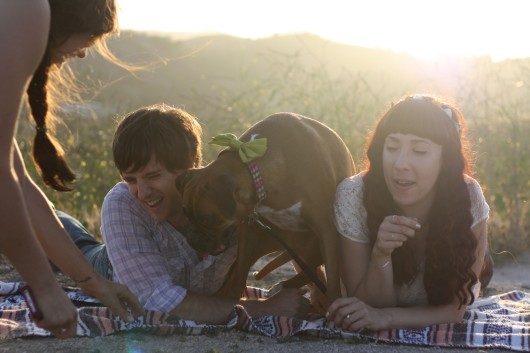 It should come as little surprise that Maggie wasn’t interested in sitting still. 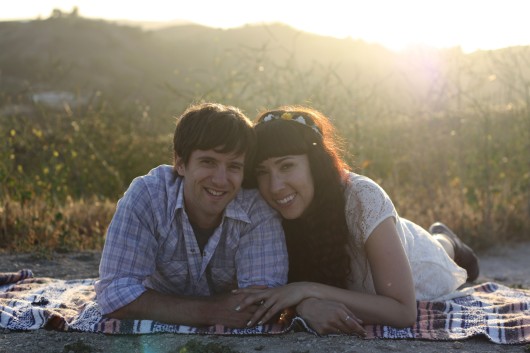 We only had a few minutes of daylight left, and Maggie sat still just long enough for me to get one good shot with her! 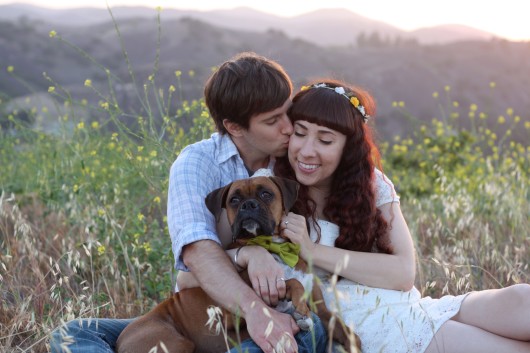 She had been eating grass earlier, so she started to puke. This resulted in some comic relief, and a funny, albeit blurry shot. 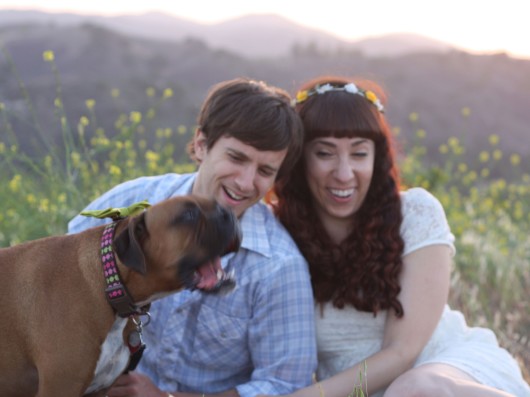 We took her out of the frame.

In the remaining moments of daylight, I snapped a photo of Lauren and her daughter together. 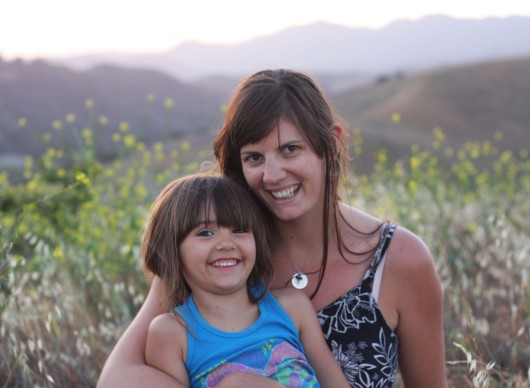 And just like that, the day came to an end. 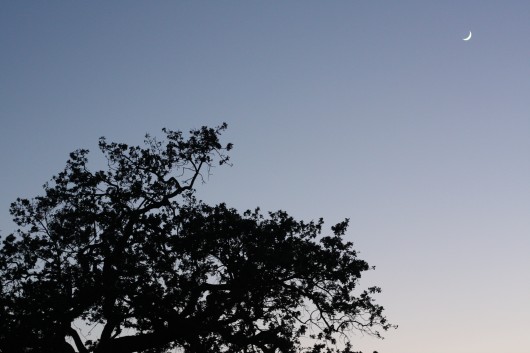 We packed our things and headed back down the trail to the car. 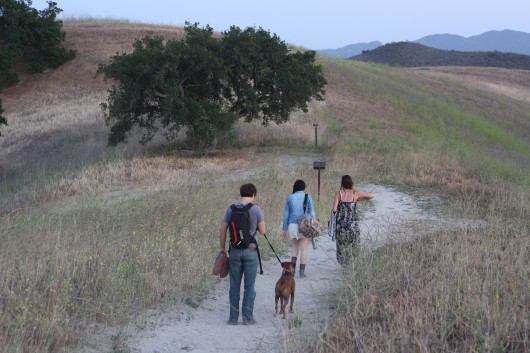 So what did I learn during my first engagement photo shoot?

Don’t stop taking photos. Shoot the entire time. I took roughly 700 photos during this session and I feel like I missed out on some good shots because I didn’t take enough. 2000 photos would not have been overkill, though the post processing would have taken quite a bit longer.

Go with what works. I had several lenses with me, but I ended up using the 50mm f1.8 almost exclusively. This has proven to be an excellent lens for portraits.

Constantly move around. Don’t stop moving yourself around and move your subjects around as well. I found myself in some odd positions, squatting down and leaning sideways in order to get the angle right, but I was happy with my results.

Shooting with a dog can be tough. Maggie has a lot of energy and doesn’t stay still for very long. She was more into digging holes and eating grass than she was into posing for photos. Honestly, I don’t blame her. What worked for us was to try a few shots with the dog and then move her out of the way whether I felt I had a good shot with her or not, since we were working with a limited amount of time. Several great shots were unusable because the dog was behind the couple or was facing the wrong direction. Needless to say, the dog adds an unpredictable variable into the equation.

Don’t shoot wide open. I was working with a very shallow depth of field in the beginning because I wanted to blur the background, and I ended up with some shots where my subjects were out of focus.

I was lucky to have an assistant with me. Having someone with me to help with poses, telling them what to do (“smile!”), where to put their hands, which way to face, etc was super helpful.

I really enjoyed this experience and I learned a lot from it. I already have a list of things that I’ll do differently next time. If you’re looking to have some engagement photos (or something similar) taken, let me know!