Over the weekend, my girlfriend Lauren and Makena (her 3 year old daughter) were decorating the sidewalk outside of my house with chalk. Spiders, fish, rainclouds, tacos… Even “crime scene” style body outlines! I had to join in. 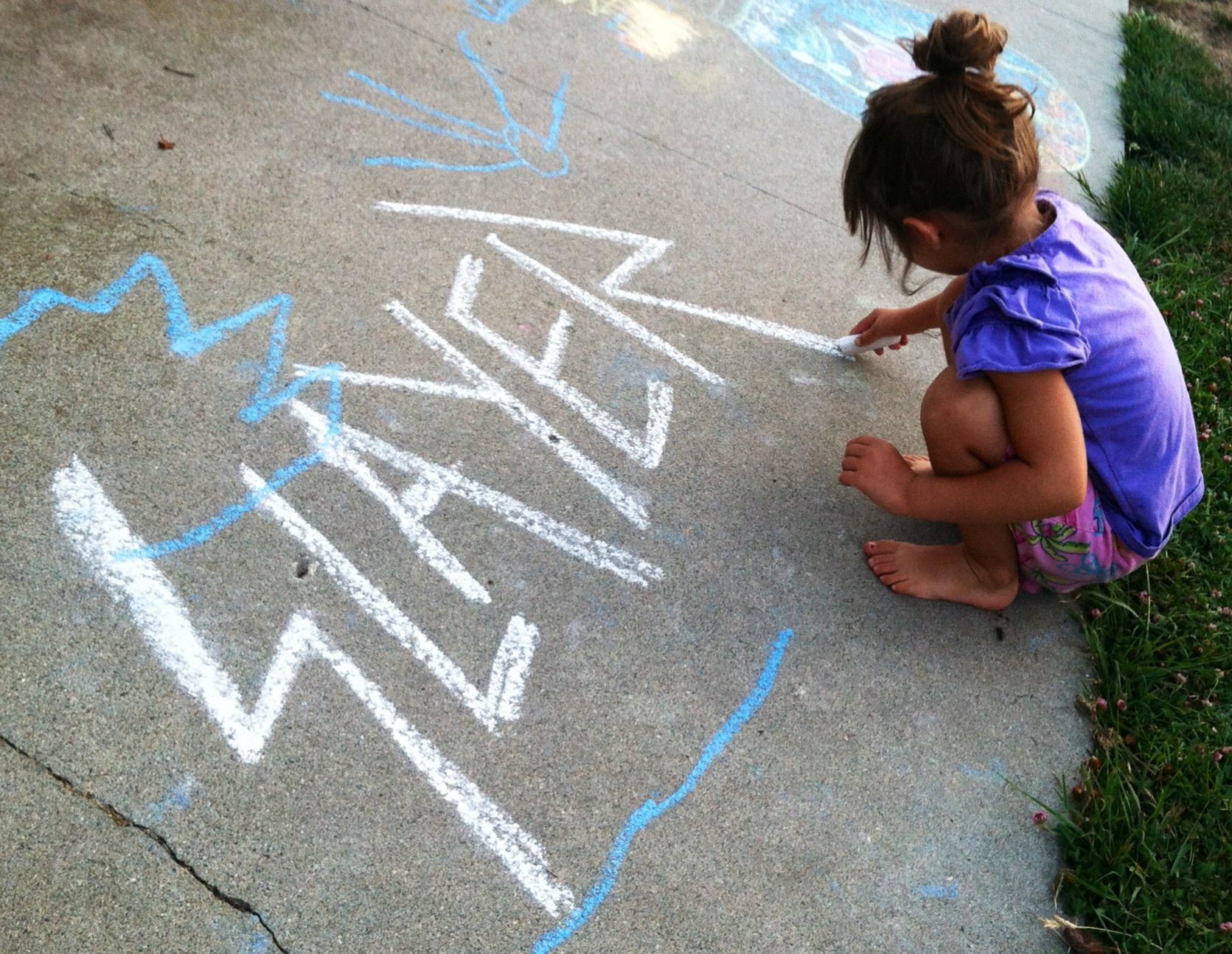 Ever since high school, I’ve had a tendency to draw the Slayer logo everywhere. It started with notebook sketches, and somehow continued even into my professional life. I’ve definitely come out of client meetings with a big ol’ SLAYER logo along the side of my notes.

Anyway, it’s only natural that I needed to draw a huge SLAYER on the sidewalk right outside of my house so that the whole neighborhood could enjoy it.

Makena loves to help, so she finished off the ‘R’ and helped me make the letters a bit thicker. I realized that this was a fantastic photo opportunity, so…

Edit: This image has spread across the web like wildfire. I’ve seen it pop up on Reddit several times, and it seems to have become a meme (“slayer kid”, “there is hope”). While I’m not aware of a foolproof way to track the how far the image has spread (especially on Facebook) I’d like to do a follow up post on my observations.