Training For My First Marathon: The Playlist 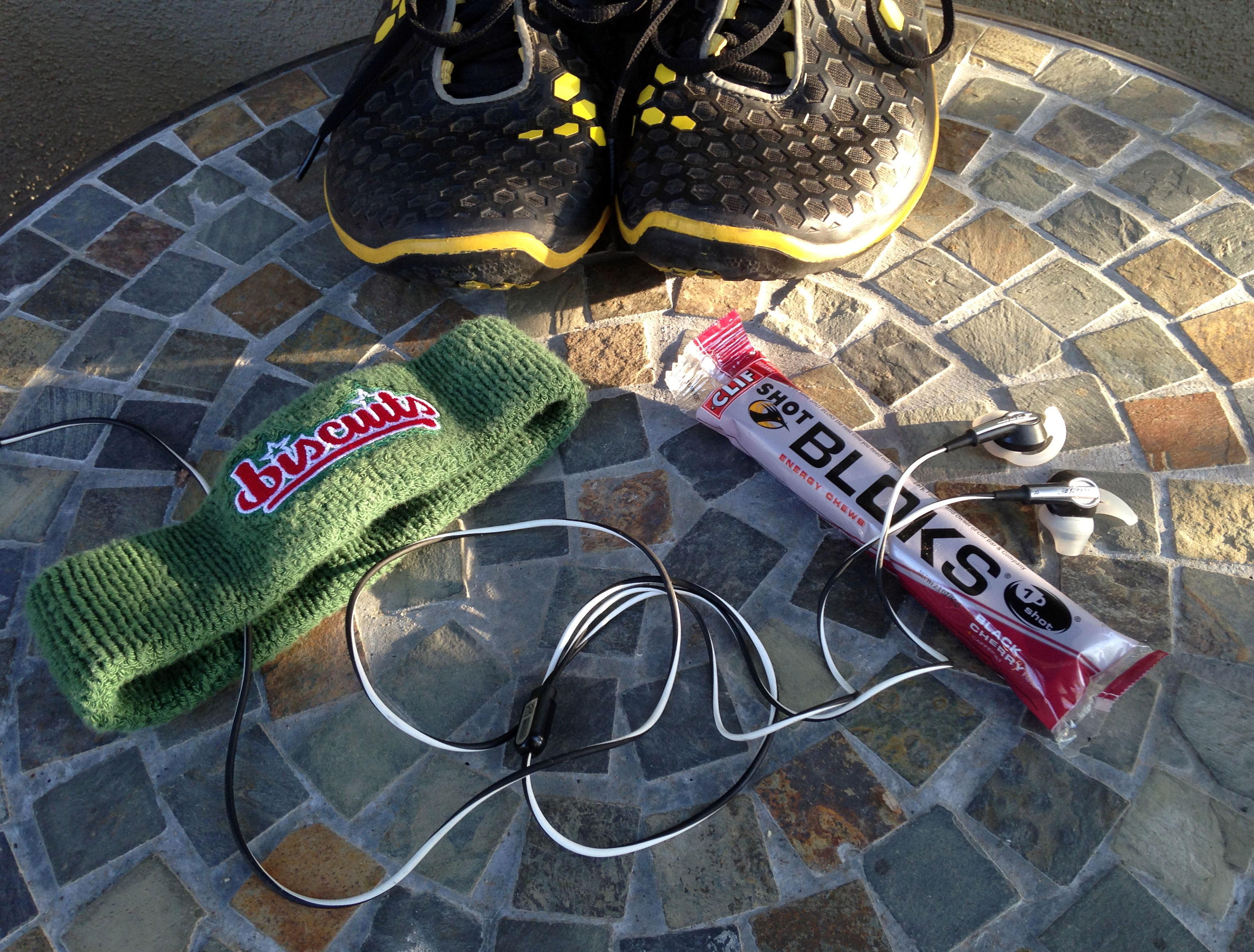 Next Sunday, I’ll be running my first full marathon. I’ve done 5Ks, 10Ks, a 10 miler, and a half marathon, but never a full. I’d be lying if I said I wasn’t slightly intimidated by the prospect of running 26.2 miles. I’ve also never been to Hawaii, and the marathon is in Honolulu, so that’s pretty cool. It’s also the day after my 30th birthday. 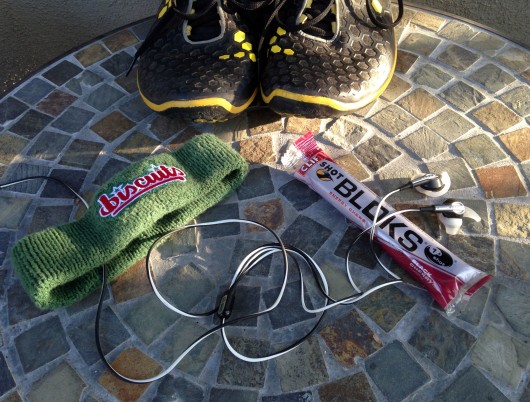 I’ve been training for about 4 months now, following Hal Higdon’s “Novice 2” marathon training guide. I feel pretty good about where I’m at physically, but I’ll talk about the training in another post.

While the marathon training is pretty crucial, of equal importance is the accompanying music. Music affects me in such a profound way, and when my adrenaline is pumping, the right song can make me feel like I’m about to take flight. Knowing how music affects me while working out/running, I ended up spending a great deal of time putting together my marathon playlist. The in-depth search through my catalog of music had me reflecting on my history with music and the various forms of technology I’ve utilized over the past 15 years or so.

Music and Technology Over The Years

I’ve always been fascinated by the intersection of music and technology. I remember downloading MP3s from private AOL chat rooms circa 1998. I think the first song that I ever downloaded was DMX’s “Damien”, and it took over half an hour to finish downloading on a 28.8 kbps modem. I transferred it to a cassette tape by placing a Talkboy next to the computer speakers…

Napster came out in 1999 and changed everything. I got into IRC (internet relay chat, for you n00bs out there) around the same time and got access to some “distribution scene” FTP servers. Discovering new music this way was so exciting, and I was obsessed with building my collection. I didn’t have a CD burner yet, and I remember storing MP3 files across multiple 3.5″ floppy discs when I’d run out of hard drive space.

As you can imagine, my collection grew over the years, especially once my family got a DSL connection. By the time I got into college, my collection of music was pretty massive. I spent more time than I’d like to admit acquiring, tagging, and organizing all of this music.

This all came to a screeching halt in early 2011, when I tripped over the power cable for my external hard drive and sent it flying across my bedroom. Boom, hard drive failure. 300+ GB of tediously cataloged music, all gone. This hard drive also contained all of my photos, as well as pretty much everything I’d saved since I first started using a computer – high school/college papers, art projects, videos, old websites, etc.

This massive loss of data happened around the same time that Spotify launched in the US, so I decided to give that a try. I was hooked right away.

Spotify marked a major shift in the way I listened to music – from obsessively cataloging music to simply streaming it. I loved the convenience of having all of this music at my fingertips. Starting a new “collection” of MP3s from scratch seemed like such a daunting task; from this point forward, I was pretty much finished with ripping/downloading MP3s.

Earlier this year, I saw a thread on Reddit about data recovery, and I remembered my broken hard drive. A lot of people were recommending Gillware for their data recovery services. I decided I’d give this a try. A few weeks later, I had a good portion of my files back – some of them were corrupted, but it was better than nothing.

When my marathon training runs started to get long (10+ miles), a new ritual was born. I’d wake up early each Saturday morning (the “long run” day) and spend a half hour or so digging through my newly recovered music collection, inevitably finding artists/albums that I hadn’t thought about in years, and dragging a few songs from each onto my running playlist.

Once I was out the door running, I’d modify my playlist on the fly, keeping the songs that got me pumped up and kept me going, and deleting the ones that didn’t do anything for me. It’s interesting how this works: some of my favorite music seems like it’d be perfect for running, but once I’m out there putting one foot in front of the other, the music sometimes falls flat. Being able to “road test” each song is great, and it’s been a very enjoyable process. A lot of this music really takes me back to the time when I first got into it. Good music + fond memories = an occupied mind, and before I know it I’ve been running for an hour.

Doing this for each long run over the course of 4+ months of training allowed me to reconnect with a lot of bands that I had totally forgotten about. I was really into metal in high school/college, but in recent years I’ve strayed from it a bit. Metal really keeps me going on these long runs, and this playlist curation process definitely rekindled my interest in the genre.

As great as heavy metal is for running, I needed some variety. I added some segments from live performances by The Disco Biscuits, as well as a bit of electronic/hip-hop music to keep things “fresh”. This wouldn’t have been possible with Spotify; a lot of this music isn’t available on there, particularly the Disco Biscuits stuff, which is arguably the most crucial running music in my arsenal. 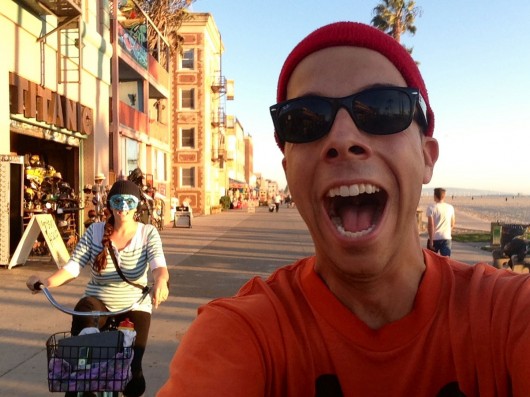 On some of my longer runs, Lauren followed me on her bike with the Bose SoundDock in tow, blasting music to keep me going!

This will be my first marathon, so I don’t have a particularly ambitious goal in mind, but I’d like to finish in under 4 hours. As it currently stands, my marathon playlist is 10.4 hours long and contains 122 songs, so even if I end up crawling on my hands and knees for the last 5 miles of the race, I won’t run out of music.

The Disco Biscuits jam segments alone push this playlist well beyond the 4 hour mark. I’ve found that sometimes (based on any number of mysterious variables) a triumphant, raging, blissful techno jam is the perfect thing to propel me forward, and other times I’m just not feeling it. So I always have the option to skip past these tracks and still have plenty of other music to keep me going.

As I mentioned before, a lot of the music on my final marathon list isn’t available on Spotify, but I’ve created a playlist for the songs that are on there. This one contains 98 songs and is about 7 hours long. If you’re looking for some music to get you out the door and keep you moving, give my marathon running playlist a spin!

As an afterthought, I feel compelled to mention that I do purchase my fair share of music, and I also support the artists that I love by going to lots of concerts.