Training For My First Marathon: The Routine 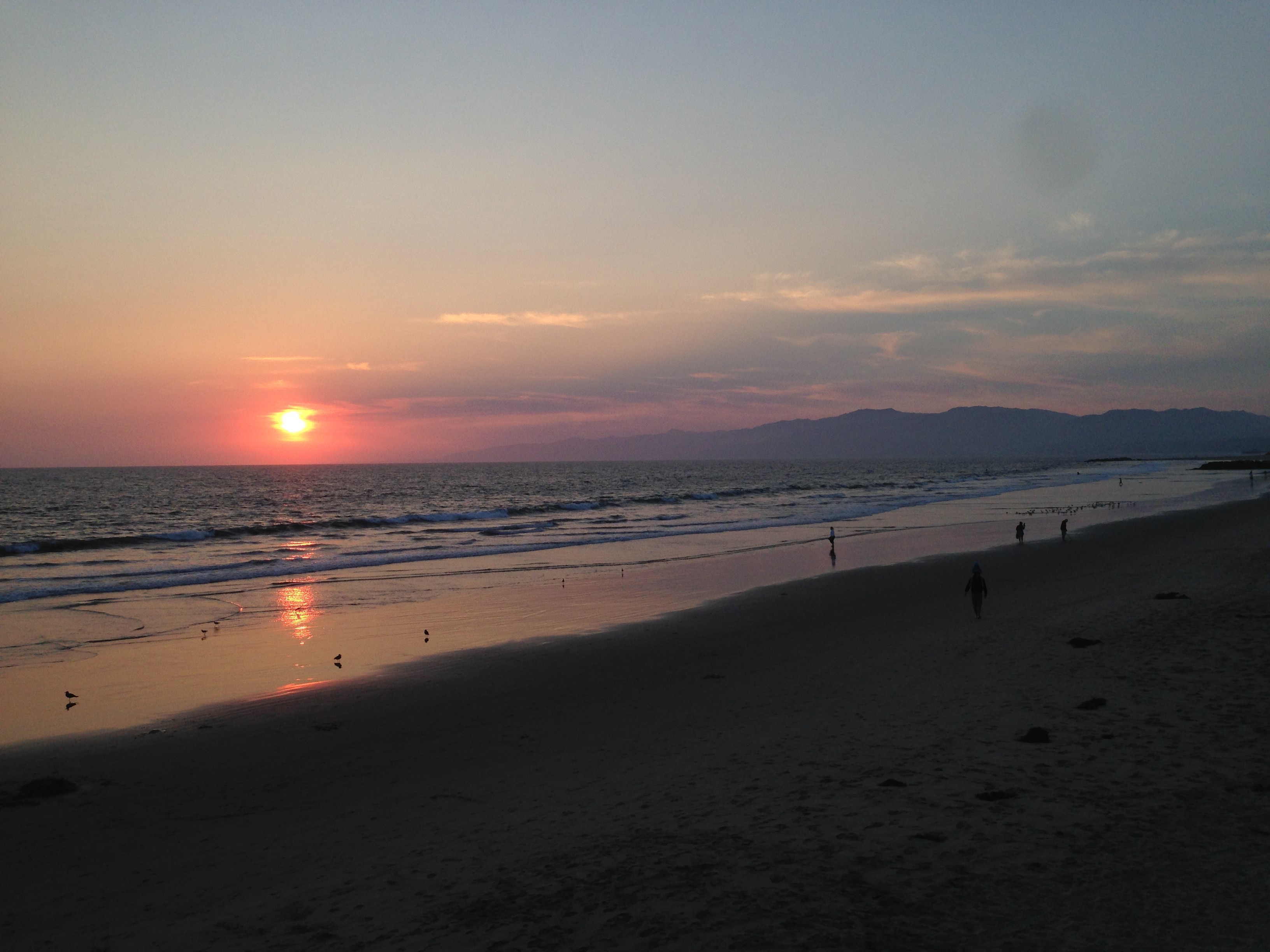 When I learned that my girlfriend’s mother was planning on celebrating her birthday by running in the Honolulu Marathon, I decided that I wanted in on the action. I assumed that there was a Honolulu half marathon that I could sign up for, so I committed to doing that… And then I found out that the “Honolulu Half Marathon” doesn’t exist. My only option at that point was to suck it up and sign up for the full 26.2 miler.

I enjoy running quite a bit, but up until this point I didn’t have much structure to my runs. I ran when I had time and felt inspired to do so, which was generally 1-2x a week. I knew that I’d have to step it up a bit if I wanted to finish a full marathon in a respectable amount of time.

After doing a bit of research I decided to follow Hal Higdon’s Novice 2 training program. This training routing would have me running 4 times a week, which seemed pretty manageable.

I ordered myself a new pair of Vivobarefoot Evo II running shoes (I had run holes into my first pair)  and started my training the following week! 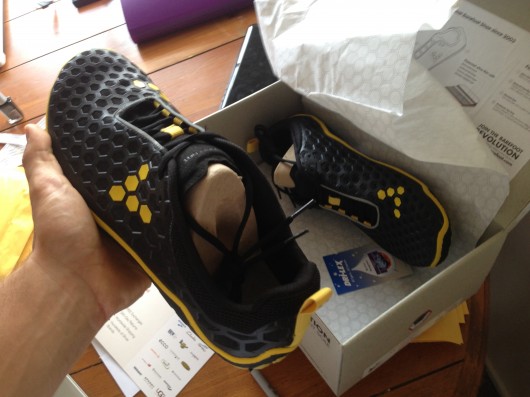 I found that I really enjoyed the structure of the 4x-a-week training program. On my run days, skipping the workout simply wasn’t an option, and after a few weeks of training I really grew to look forward to my runs. 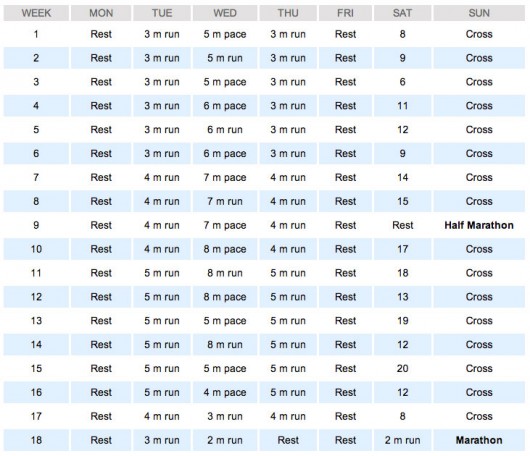 I followed the training program very closely. The only times that I missed training runs were during a week-long biking trip, and when I got a tooth extracted.

Some runs seemed tougher than others, and I never really figured out why, as there are so many different variables that could contribute to this. For instance, my 20 mile training run felt much more difficult than the 19 mile run. Perhaps it had to do with what I had eaten the day before?

As the training runs got longer and longer, I had to plan out my routes ahead of time. Mapping out a running route is pretty fun, and it’s a cool way to see neighborhoods/areas that I wouldn’t likely find myself in otherwise.

In order to keep things fresh and interesting, I tried to switch up my running courses when possible. I’d go to the track for some of the shorter runs/to concentrate on pace, and I’d run along the beach when I had more time, or more miles to cover. Running along Venice and Santa Monica beach on a Saturday morning/afternoon is very enjoyable, as there’s generally a lot happening down there at that time. 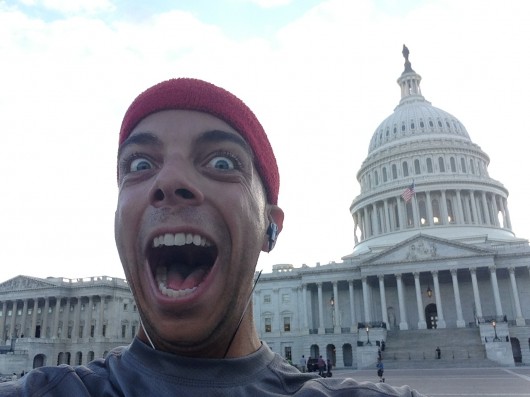 I did some traveling during the training as well, and running in a different city is always fun. I’ve been to Washington DC before, but never covered so much ground on foot in one day!

The marathon training schedule always had the longest runs on Saturdays, which worked out nicely. Even if I did absolutely nothing else after my long run, I still felt like I had accomplished something that day. When running 12+ miles I’d usually be pretty tired afterwards, so it was nice to lounge around and relax afterwards without feeling guilty about “wasting” my Saturday.

As outlined in this post, I really enjoyed the musical element of the training as well. The longer runs provided me with the opportunity to catch up on a lot of music that I hadn’t listened to, or even thought about, in a long time. 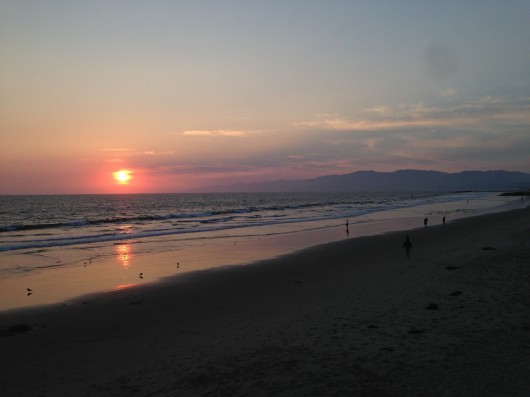 One of the best parts about all of this training was that I saw at least 3 sunsets on the beach per week! The only days that I missed a sunset were when I ran in the morning or ran on the track.

I used the Nike+ iOS app to track my runs. I’d be lying if I said I didn’t enjoy sitting in the #1 spot of the app’s leaderboard (among my friends) while I was training. It felt good! 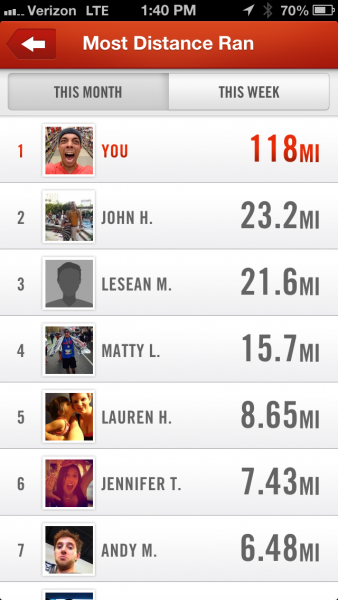 The Honolulu Marathon was on December 8th. I’ll write about my first marathon experience in another post, but I’m very happy that I followed Hal Higdon’s marathon training plan so closely. The training absolutely paid off.

If you’re training for a half/full marathon, I would highly recommend taking a look at Hal’s training plans and choosing one that’s in line with your experience level. If you need some music for your training, be sure to check out my marathon training playlist!