Who Is Joseph Kony & Why Is Everyone Talking About Him? 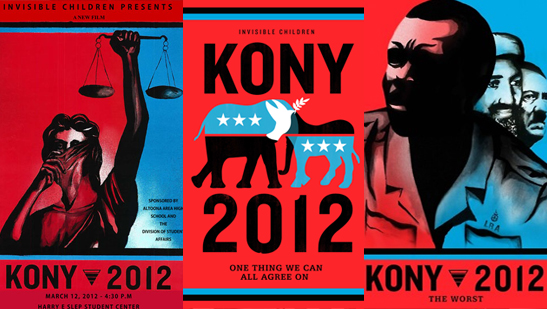 KONY 2012 is a short documentary (just shy of 30 minutes) about Joseph Kony, the leader of the Lord’s Resistance Army. 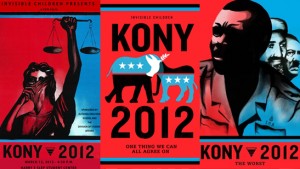 So what’s so bad about this guy? Well, his tactics are deplorable. The majority of the soldiers in his army are children. Some estimate that as many as 104,000 children have been recruited.

The charges being brought against him by the International Criminal Court (ICC) are many: murder, enslavement, sexual enslavement and rape, in addition to war crimes including murder, cruel treatment of civilians, intentionally directing an attack against a civilian population, pillaging, inducing rape, and forced enlisting of children into the rebel ranks. The kicker? All of this is done in the name of Christianity. He’s gone so far as to tell his child soldiers that a cross drawn in oil on their chest will protect them from bullets prior to sending them into battle.

Invisible Children is an American NGO that was formed to raise awareness of the actions of Joseph Kony and the LRA through a series of vigils/rallies, poster campaigns, social media activity, etc. They’ve put together a number of films, the latest of which can be seen below.

During my research, while admittedly brief at this juncture, I’ve encountered some criticism of this movement. Some feel that the efforts of the IC are misplaced. This blog post in particular highlights some inherent flaws in what they’re trying to do. Notice that the blog was posted in 2006, but the majority of the comments are from 2012, due to the sudden spike in interest regarding Joseph Kony caused by the KONY 2012 video that is spreading like wildfire.

Having read some of the criticisms of IC and the KONY 2012 movement, I’m a little torn. I was initially very interested in this movement. I spent some time volunteering in West Africa (Ghana and Togo). While I didn’t see anything remotely close to the atrocities that are touched on in the video, these issues strike a chord with me as a result of the time that I spent with there. Watching the KONY 2012 video last night got me all fired up and extremely motivated to get involved.

But now I’m not sure what to think. Invisible Children is drawing a lot of criticism (“neo-liberal, do-good Whiteness“). An entire blog (“Visible Children“) has been devoted to questioning their tactics. But I digress. My intentions were not to question the legitimacy of the campaign as a whole or the true effectiveness of the actions taken by the organizations involved – I’ll leave you to draw your own opinions on that matter. I simply wanted to highlight the video and how rapidly it has spread across the social web.

The one thing that can be taken from all of this is the power of social media to rally people together for a cause. At the time of this writing, #stopkony, Invisible Children and Uganda are all trending on Twitter, and the video itself has close to 5 million views.

If you took the time to watch the video, you can’t deny that it plays on your emotions and gets you worked up. If nothing else, this video will see to it that a huge portion of us know who Joseph Kony is and are aware of what he has done. 20 years ago, it would have been impossible to spread awareness on a scale like this, regardless of the issue. It’s a fantastic example of the power of social media and the sharing of information to rally people together for a cause and to take real action – action that results in change.